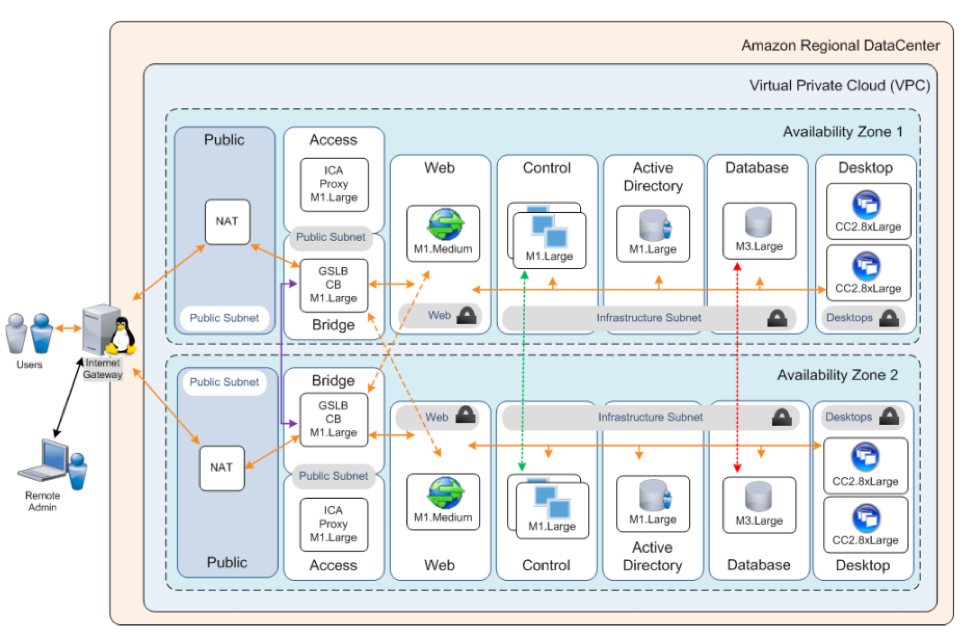 After a lot of work together with our friends over at AWS in our labs and even more on the AWS platform itself, we’re finally ready to announce the availability of theReference Architecture of XenApp on AWS. Yes, we already have for over a year a set of tools that allows you to spin up a XenApp Farm on AWS using CloudFormation technology. Aimed mainly at the use case of verifying that various options that AWS brings to a XenApp deployments.

See here for the v3 release of these tools. Note we’ll have a small update to these for you as well in day or so.

In our labs we’ve been working hard to provide you with a Reference Architecture of XenApp aimed at enterprises or service providers. Entities that have needs to incorporate or integrate with existing infrastructures. We’ve focused on two common scenarios:

XenApp can support a variety of application and hosted shared desktop delivery goals. We’ve focused on two of the most common scenarios in relation to
leveraging AWS: Hybrid XenApp Farm Extension and XenApp Cloud Hosted Farm. The primary difference between the two models lies in the location of the database and access layer resources.

Hybrid XenApp Farm Extension
In this scenario, a company wants to run XenApp within its enterprise to support internal users. The company extends its on-premises deployment to the cloud to increase capacity, improve performance, or scale the resource-intensive components in the cloud, when needed. This model also provides higher availability for business continuity and disaster recovery provided the user data is available during the event. Connectivity for this model relies on the NetScaler CloudBridge Connector functionality which creates a secure and optimized for XenApp deployments VPN tunnel between the on-premises deployment and the AWS availability zones. See The figure below which illustrates this scenario. 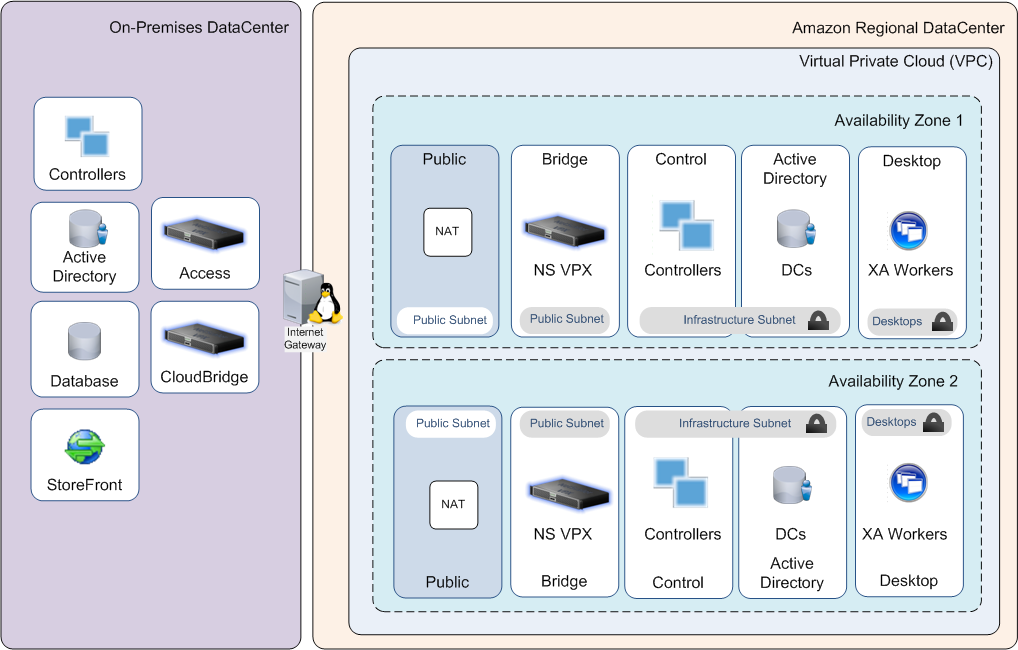 XenApp Cloud Hosted Farm
In this scenario, XenApp is used by a service-oriented IT organization as the basis for delivering hosted-shared desktops and applications as a service. All XenApp services and user data are kept completely in the AWS cloud using multiple availability zones within one single AWS region. Corporate application data and user authentication will remain on-premises. This model also relies on the NetScaler CloudBridge Connector functionality to create secure tunnels for corporate data with the AWS region and its availability zones. The below figure depicts this scenario. 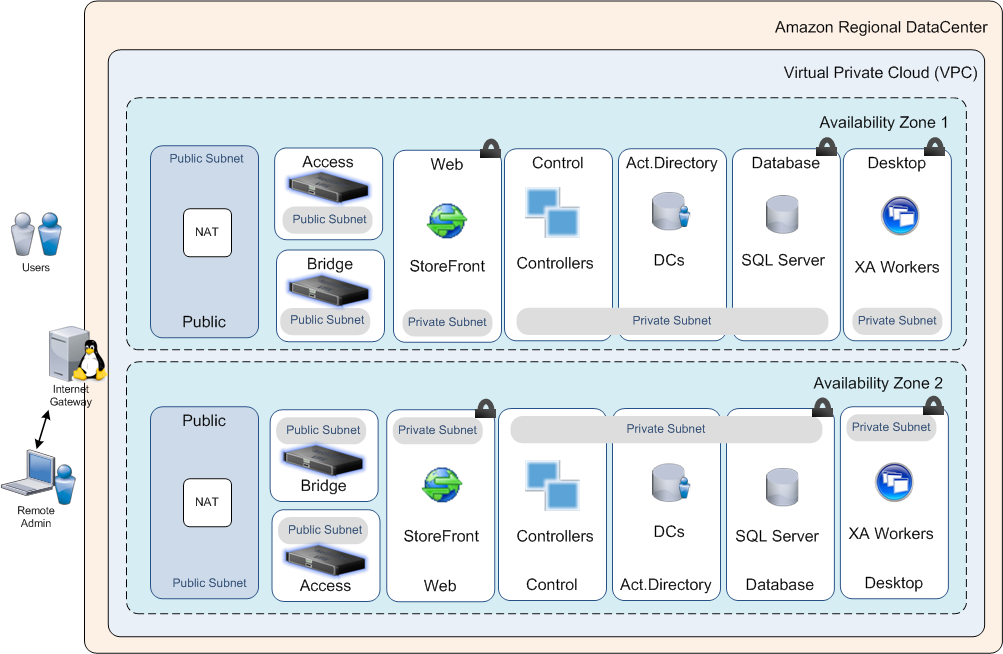 I’ve created two documents for you. A White Paper that walks you through the design decisions related to designing and implementing each of these scenarios.
And an Implementation Guide that provides you with necessary steps that need to be taken to actually implementing each of these scenarios.
Both guides use a modular approach that allows one to place each of the various layers either on-premises or in the AWS Cloud.
The Implementation Guide walks you through the CloudFormation templates that go with each layer. Now if you’re not an CloudFormation expert, no need to worry. This advanced implementation guide provides a walk-through of the provided sample templates and describes the AWS-specific implementation details so you can customize them and deploy a solution that best meets your business, IT, and security requirements. It follows the outline presented in the Citrix XenApp on AWS Reference Architecture white paper so you can follow along as you launch the sample templates. It covers many aspects of deploying and operating a XenApp farm on AWS, ranging from aspects as constructing a CloudBridge, creating a XenApp farm that spans Availability Zones or a NetScaler Gateway. But also addresses arguments such as adding XenApp Worker Servers to a farm to add capacity or dynamically starting and stopping workers. However, you may also find chapter 2 and 3 useful as a general reference for how to deploy Windows-based infrastructure components such as Microsoft Active Directory and Microsoft SQL Server in the AWS cloud.
Go check it out. As always we welcome your comments and feedback about our newReference Architecture for XenApp on AWS guides.